The road to Port Lincoln

Posted on March 1, 2012 by TheFitzyreport

Going back to Australia is always a much anticipated journey, with the patient people at Qantas revising my itinery time and time again to accommodate my greedy juggle to see special people all over the place. My schedule was to have a few days in Sydney, then fly north to Coffs and Brisbane, south to Adelaide and then on to Port Lincoln.

I touched down in Sydney on the first day of sunshine after 21 days of rain – unfortunately the sun didn’t last, but by then the celebrations were in full swing and ice was more important. The seaweed and swell stymied a swim at Coogee Beach so we packed a picnic and headed for the harbour. With a view to the Bridge and sail boats sharing the breeze, what more could you ask for, it was the perfect background for bubbles.

If New Zealand is the land of the long white cloud, then the other side of the Tasman Sea has to be the land of the strong flat white. Perfect coffee, one after the other. After coming from NYC  where ‘flat whites’ are simply code words between Australians, I was totally wired from day one. And that was before breakfast arrived. Speaking of which, the most spectacular spot for breakfast on the east coast has to be on the Bellingen River just outside of Coffs. Fortunately I was at the Old Butter Factory when the floods had subsided, but they are coming with such regularity these days, the cafe has started to incorporate their imact into the menu. If you order a 2004 breakfast, you know you are getting a huge portion with the lot. Whoa. I settled for a 2012 special which was awash with deliciousness, but I remained on dry ground throughout. If you look at the picture below, the trees in the background provide a handy measure for the water rising from the river and indicating the time to evacuate. The tree at the top of the rise is ‘now’, after that it’s ‘too late’!

I was expecting to see a lot more water damage in Brisbane, but the city is fresh and flourishing with a hive of activity on the river. The Matisse exhibition at GOMA is worth a trip to the sunshine state just for the viewing, and even though the farmer’s markets on the South Bank are long gone, the tree walk through the rainforest to the Nepal Peace Pagoda is absolutely magnificent.

The last and most precious part of my journey was to Port Lincoln where my family and the glorious peninsular weather made for a sunny combination. It was an inspirational time, not least because of a special community event at the Port Lincoln Library where I was invited to share a conversation about living in America. The genuine interest and curiosity of the participants was heartwarming, and I thank the library manager Louise Mrdjen for her irrepressible energy. It was fantastic to receive so much feedback about my radio reports, and to know there are listeners with expectations of more. So with my jetlag receding and frequent flier points reclaimed, let’s get out into Manhattan and see what adventures we can find! 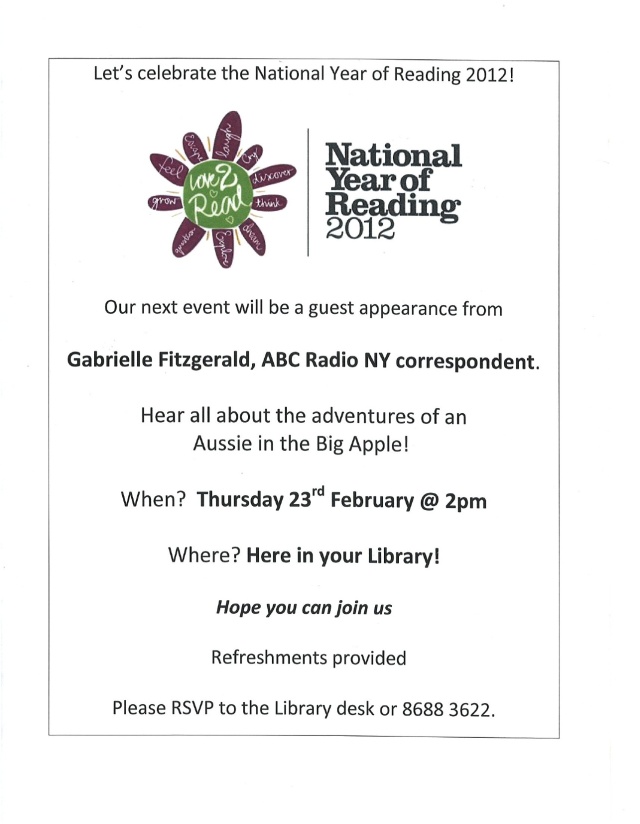 This entry was posted in coffee, Food, travel and tagged Port Lincoln, The Old Butter Factory. Bookmark the permalink.

3 Responses to The road to Port Lincoln