There is something very delightful about a classroom that you enter voluntarily and find a menu on the board instead of lessons. R G Martin would be proud – although I’m a long way from the Ungarra Primary School, and he has no doubt retired from a generous career of inspiring students to be curious and conscientious. But the smell of chalk and those desks with the shelf underneath for storing books or hiding licorice takes you back, and that was the case on Saturday when we visited the M. Wells Dinette in Queens.

It was worth the bike ride. We set off over the 59th Street bridge, which provided a magnificent view up the east River and over Roosevelt Island. Without leaves on the trees, the island looked lonely and my plan to ride around the preserved remains of the NYC Lunatic Asylum were delayed for a greener day. So we freewheeled downhill into another world – Queens – quickly turning into Jackson Avenue where artists and artisans are making their presence felt.

The M Wells Dinette is housed inside MOMA PS1, a modern art institution that commandeered the space from a deserted public school, and sits over the road from a more visual one. The graffiti opposite is astonishing, like a gallery turned inside out. The artists have to make a reservation to get a spot on the wall, and any professional photo or video crew need permission to shoot from the street. By contrast MOMA had huge empty spaces, but the rush of people were not there for the graphics – they were there for lunch!

Walking into the dinette was a little strange – in the first place because you enter at the pass, where chefs call and waiters collide and plates rush past brimming or bare depending on their direction. In the second place, when you walk into the room everyone is facing toward you expectantly. I was tempted to introduce myself as the new kid, but then our waitress appeared, and I sat abruptly. She had blue hair and wore a totally transparent bright yellow top, black leather shorts, lacy stockings, short boots and a look that would make even the toughest kid hand over their lunch. Taking a photo would have been a stretch. When we announced we only wanted coffee and pastries her response made me think we should make a run for it, but we were saved by the bell. The pastries and coffees were outstanding, 10 out of 10, the rest of the staff were friendly and we’ll go back.  A classroom that has whoopie pie scrawled on the blackboard menu has to get some marks for trying… 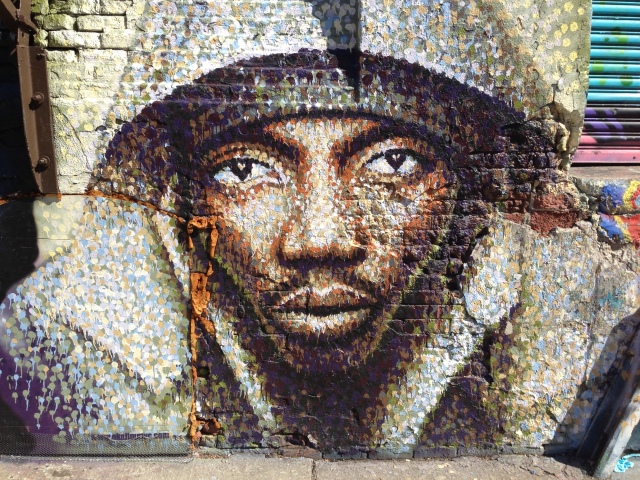 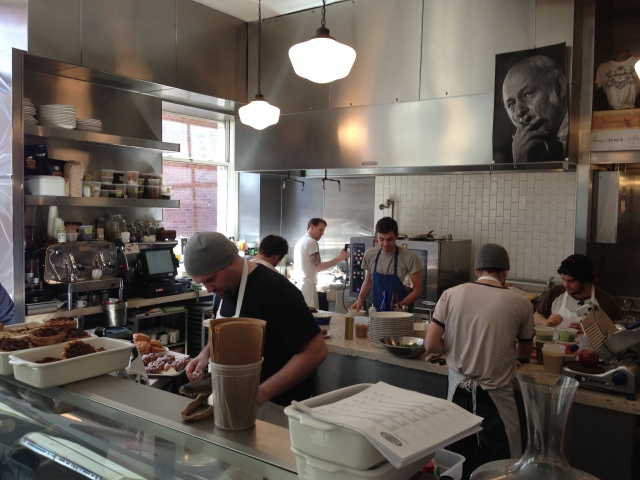 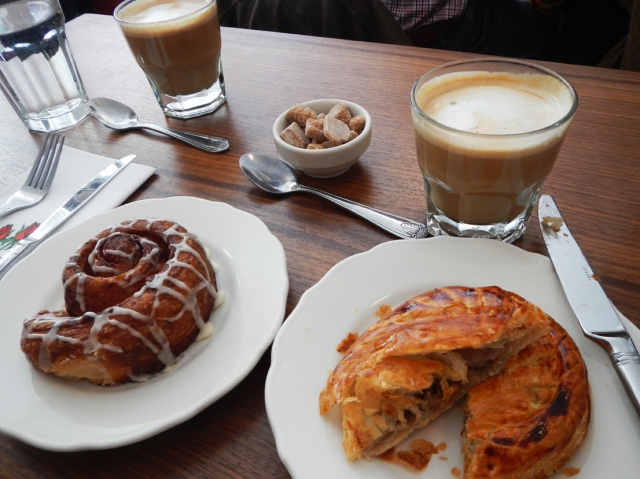 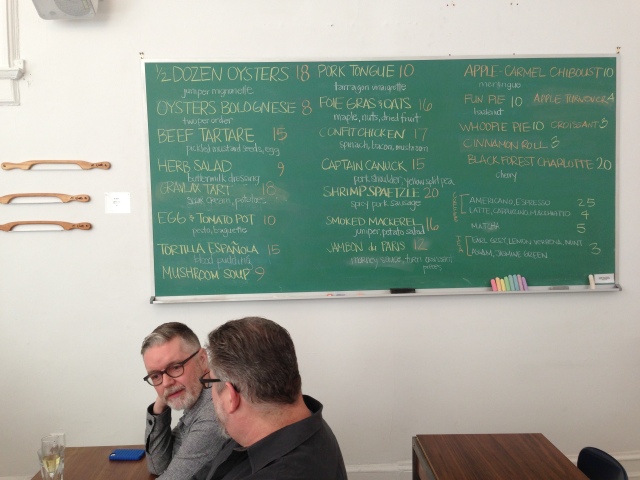 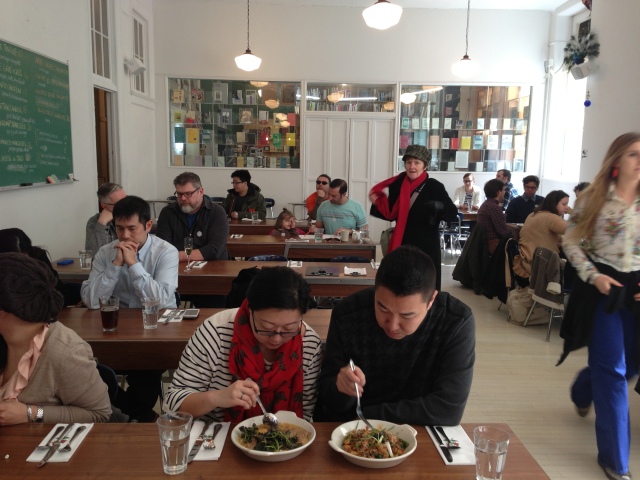 2 Responses to Back to school