Posted on September 22, 2013 by TheFitzyreport

It somehow seems fitting that the Frenchman who made his fortune by creating an enameled iron cooking pot in the shape of a cow, would not only have an amazing collection of vintage carousels, but that he should bring them to Governor’s Island. Francis Staub, who admits his head was once so big from success that it wouldn’t fit under the Arch de Triomphe, presents now more like an artist than aristocracy. His collection is fantastic, with hundreds of unique pieces, some dating back to the 1890’s and all looking like something out of a fairytale. There were individual animals that remain from rides past, wheels of fortune, caricatures of Charlie Chaplin with wooden friends whose feet you could hoop or whose moving mouths you could throw a ball into and win a lollipop. Then the best of all, the carousels that still work, and bring as much joy as they did a hundred or so years ago.

My absolute favorite was the Velocipedes that was built at a time when bicycles were just becoming popular. The mechanism was created by a contemporary of Edison that rumbled along at great pace when everyone pedaled at the same time. Just at that moment when you thought their collective speed would send the golden bicycles off their tracks, the whole thing started to move backwards causing shrieks of delight from the riders. These were adult shrieks. The child-like ones came from everywhere else as regal carriages, oversized swans, alligators and of course giant pigs flew them through the air. It was an exciting day, and no matter how giddying or exhausting, every last coupon had to be spent.

At the end of September the carousels will be packed up and Governor’s Island will close down for the winter. So there is still time for one last ride….. 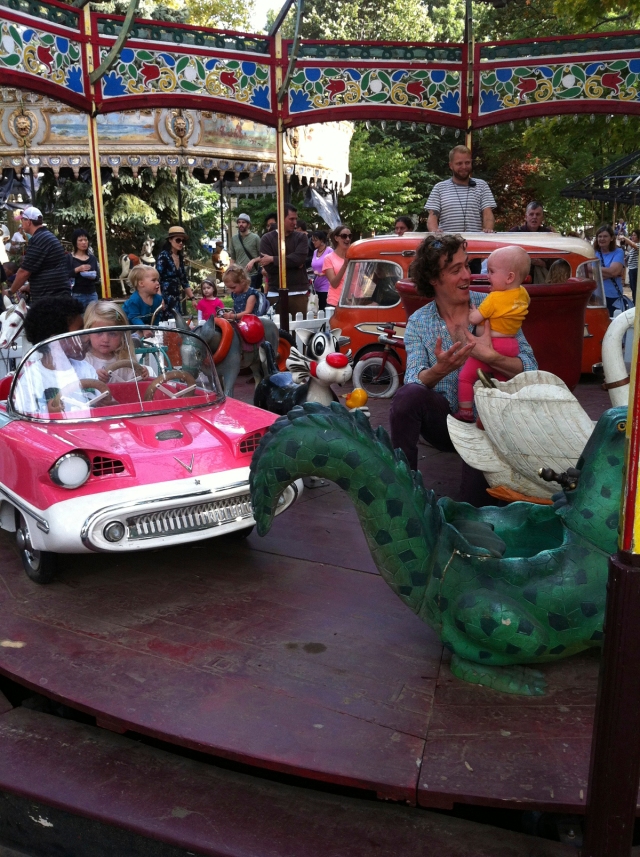 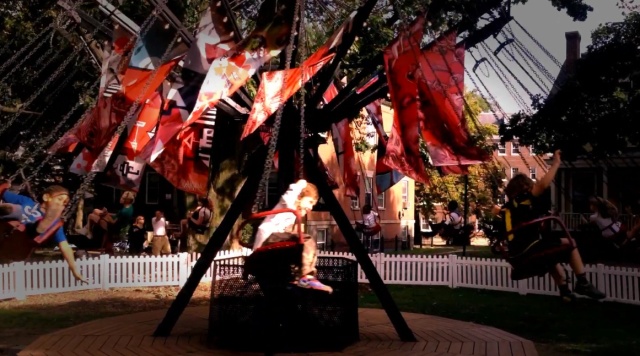