Posted on February 14, 2018 by TheFitzyreport

Miss Piggy has some serious competition. Who would have thought a rummaging redhead, more interested in food than fashion, or a platinum blonde, frizzed with disarming disco curls, would suddenly dethrone the muppet queen? But that’s show business for you. One day back scratch, the next day bacon! At least that was the case at the Mangalica Festival on the weekend. These extraordinary pigs have a Hungarian heritage as impressive as palinka, the home made hooch so enshrined in local culture that the EU had to exempt the tipple from taxes when the country signed up for the union. But unlike the fermentation of fruit, Mangalica pigs are fabulous for their fat! After 6 months of no-swim, no-bicycle film fanaticism, this is a creature I can feel at home with.

While foodies would have you believe the illusiveness of an olive oil industry turned Hungarians towards fat, nothing could be further from the truth. Fat is flavor. Ask any chef. Goulash thrives on it. Duck on Christmas Eve would be destitute without it. And Nana Fitz, the only woman I ever knew to keep a tin of the recycled rendering on her stove ( and send eggs swimming in it ), would suddenly be vindicated. In a similar transformation back at the Fair, a giant tub of fatty bits would eventually become crackling with the stirring persistence of a patient hand. The line for the latter grossly outweighed the curiosity for the former, in perhaps a sign of things to come.

Sausages and barbecue were the stars of the festival, but another specialty was finessed in the solitude of the sweet tent. Stretch by stretch a lone baker coaxed the pastry until it draped over the sides of his table, a giant sheet of perfect paper-like proportion. All it needed was fruit, creamy white cheese and a warm oven. The distraction of crispy strudel to casting and elusive leading men was complete, and not just for me. Miss Piggy would definitely have approved…! 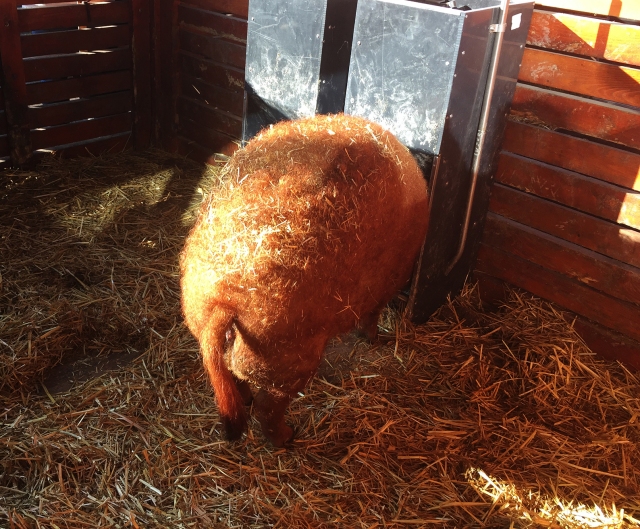 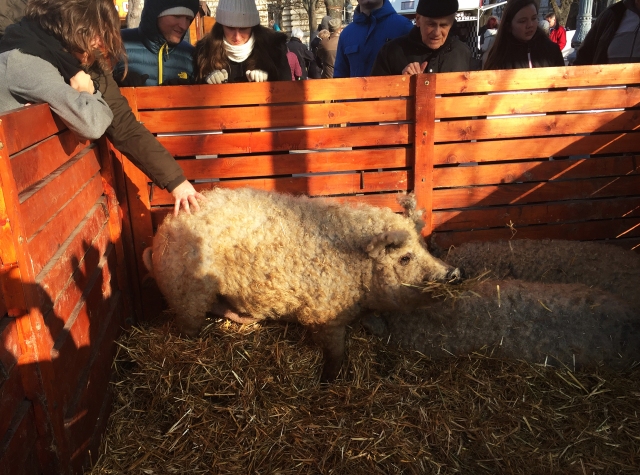 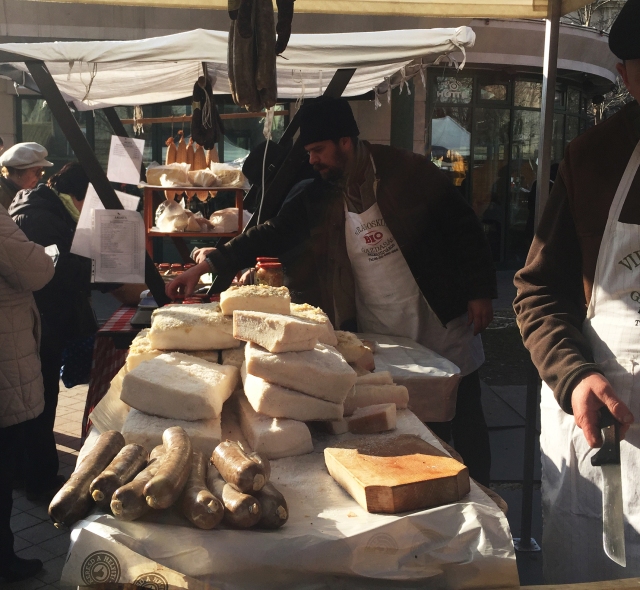 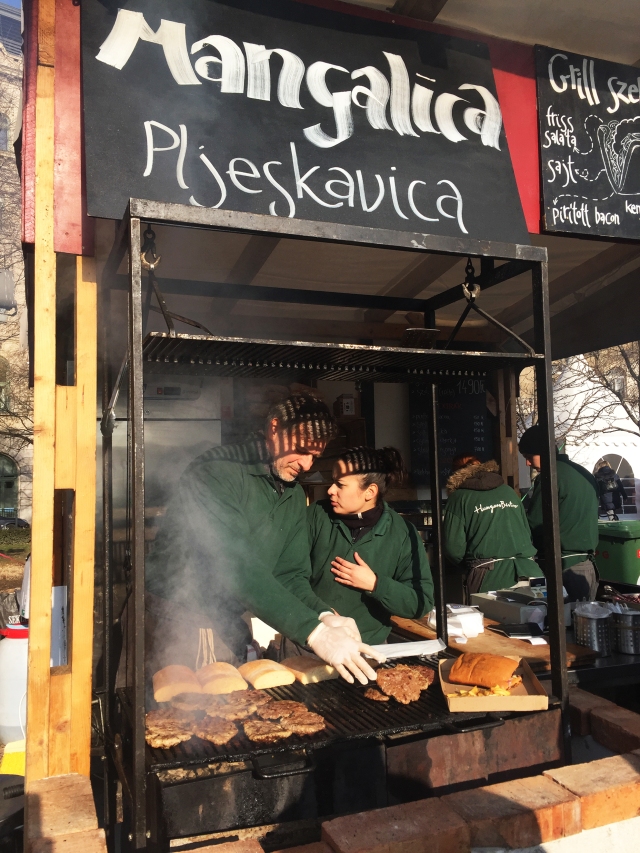 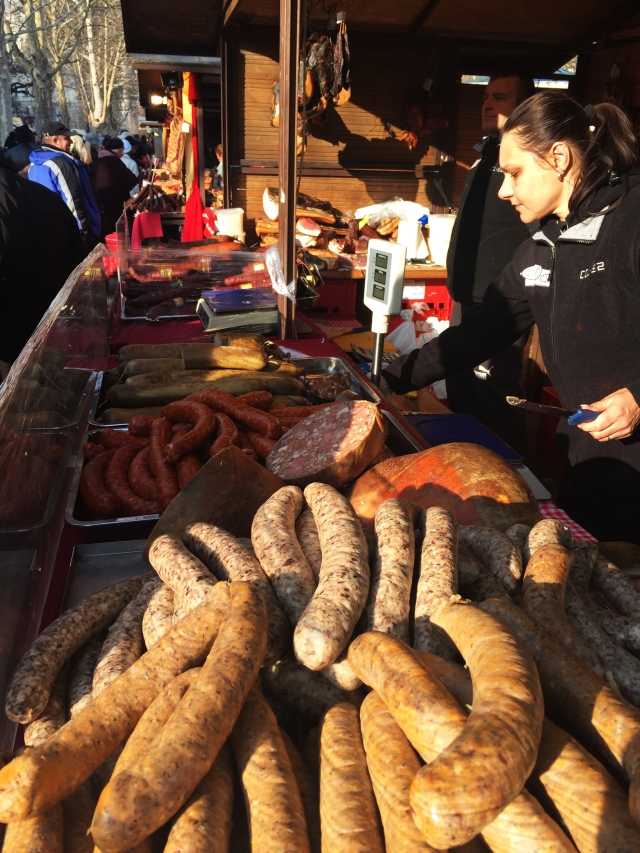 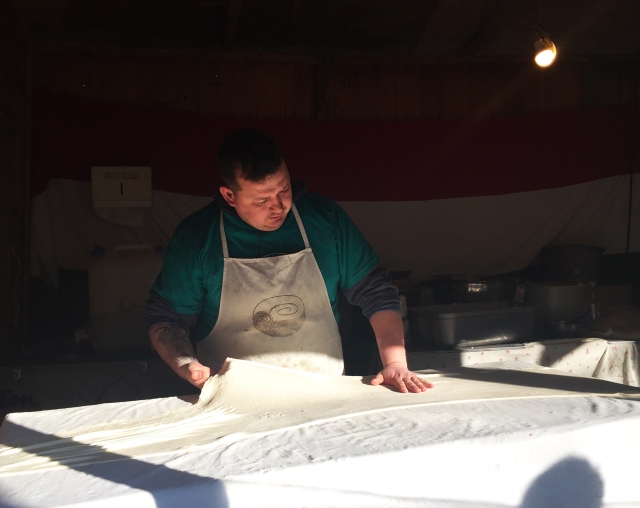 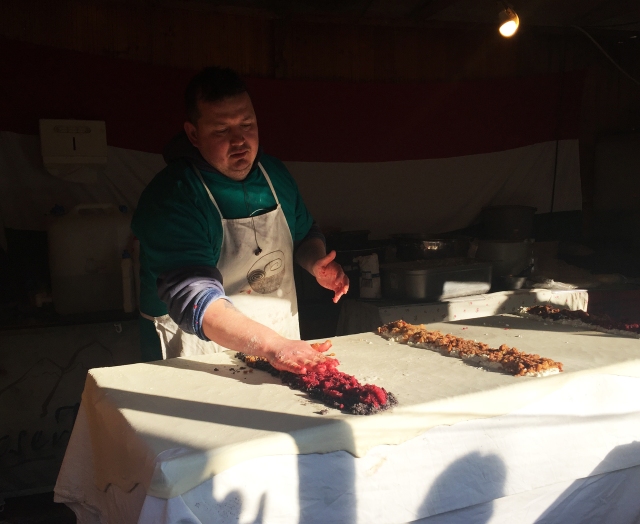 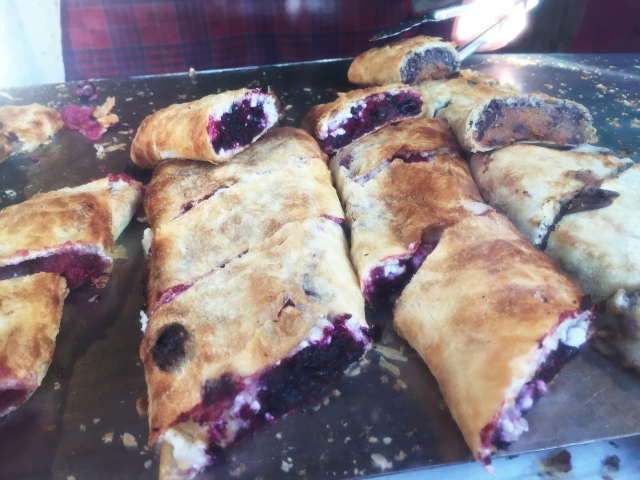