Posted on December 3, 2018 by TheFitzyreport

Apple picking is old news but good. When the Autumnal leaves were a fire of colour against sunny blue skies in mid October, Sean and I packed a picnic and rode the old Russian rattler to Pomaz just outside of Budapest. There were no guarantees of fruit, only of fun, as the picking (and the palinka) are essentially a family affair protected by language and tradition. But luck was on our side. A picturesque jaunt from the train station brought us to one man at a gate, flagged by a huge umbrella and a weighing machine. All we had to do was find the apples and carry whatever we picked back to the beginning. There were thousands of trees, and positioning ourselves in front of the weary professional pickers meant trees were laden, each apple a treasure in a chest of choice. So delicious! The crunch of the first bite was better and juicier than it would ever be again, so it was an in the moment sensation, with every apple in the 22 kilo collection, and every ensuing pie, cake and crumble, a recollection of that gorgeous day in the country.

Google can take no responsibility for getting us there. The old green trains, the HEV, that extend out from the city metro system do not show up as options in Google maps. Maybe these old Soviet-built transports are too shaky to pick up a signal. But with their moody velour upholstery and under-seat pipe heaters, the ride is an adventure in itself. So on a freezing day last week, Sean and I headed towards the Hapsburg royal retreat in Gödöllő with some wild ambitions. Our film script calls for wolves to run with the stylish but nasty femme fatale, and at the Horkai Animal Center, Zoltan had some furry actors looking to snap up a role.

Potty trained pigs, Oscar nominated deer, and wolves with their own show on the Discovery Channel are all part of Zoltan’s family. But these animals are far from circus performers – it is more like they are ‘stars’ living in a gated community that has uncompromising respect for their wildness. Most of the wolves like to work in packs, they prefer to rehearse the day before the shoot (rather than the morning of), the Alpha has made it clear he doesn’t like working with children, and they all like the catering truck to offer rabbits. Zoltan lays out these details as any good agent would, and does much more than just talk for the animals, he works with them on film sets as though it was their own idea in the first place. So calling him ‘the wolf man of Hungary’ or ‘an animal trainer’ doesn’t really fit, it is more that he is their champion. A dog will look you in the eye for acceptance and direction, Zoltan says, but not a wolf, a wolf doesn’t care, a wolf does what a wolf wants to do. No argument from me. In fact standing at one end of the field with treats in my hand so as to witness the wolves running towards me was breathtaking. They have the part! ( And I still have my hand). But the star who stole the show on the day was the baby bear that lives on the porch in front of Zoltan’s house. What an unbelievable experience. Disney and Dr Dolittle combined could not have delivered such heartwarming joy. The bear wanted to play, and hoisted himself onto a picnic table so as to be eye to eye with Sean. Under direction from Zoltan, Sean showed him his hands, patted the dog so the bear would know he was a friend, and then let the magic happen. It did, so the bear hugs I am sending from Hungary this week are real…. 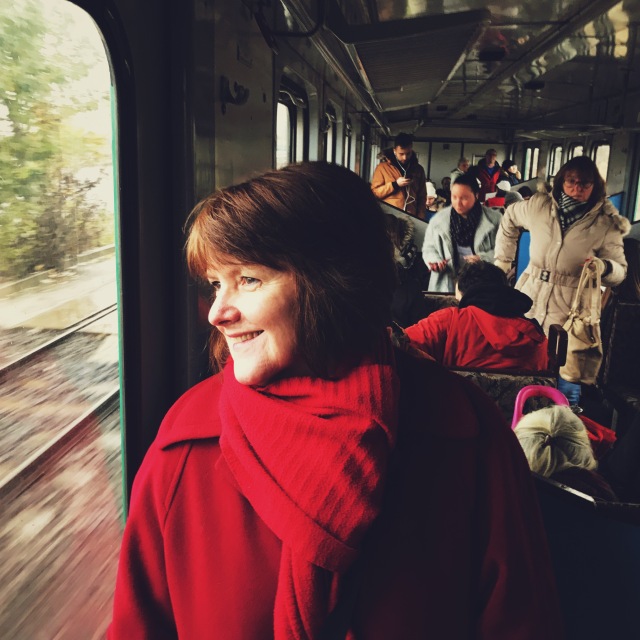 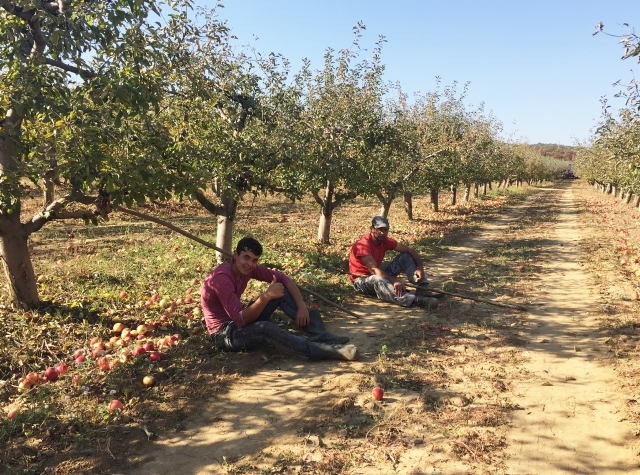 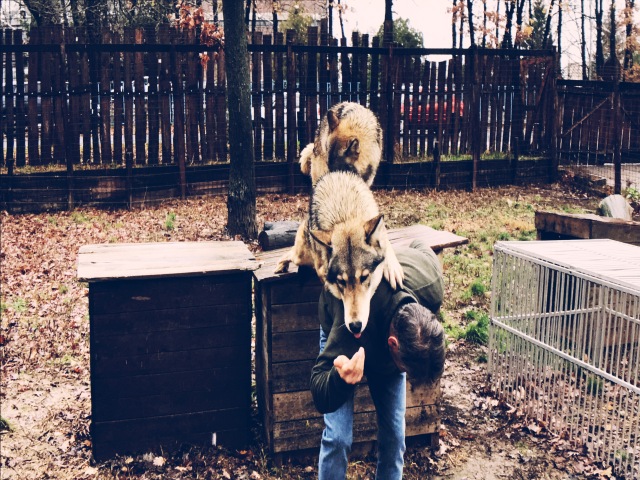 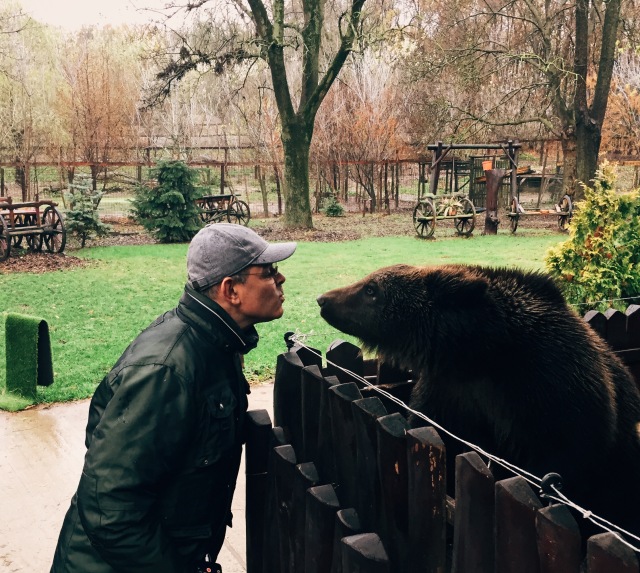 18 Responses to Hugs from Hungary