Posted on October 22, 2011 by TheFitzyreport

As part of the New York Film Festival I went to the Apple Store near the Lincoln Center last week to see Antonio Banderas talk about his new film with Pedro Almodovar called ‘The Skin I live in’. He always looks very debonair in his movies, so it was interesting to see him in real life and to see how passionate he was about his work. He was also quite witty – right after he was introduced and sat down, there was a momentary pause in which a little dog at the back suddenly started yapping. Antonio immediately put on a voice he uses for another famous film and hissed “Ah! an enemy of Puss in Boots!” He went on to say that in recording voice for that film he speaks in English, South American Spanish, Spanish and then Italian. And he’s working on the French….

We saw “The Skin I live In” on the weekend and it was suspenseful, superbly shot, yet quirky in that Almodovar way.  I wasn’t expecting the end – how could it end – but Mr Banderas did warn us…. 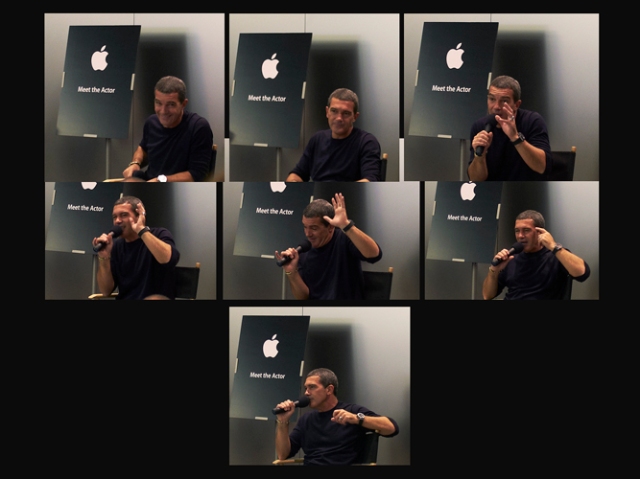 This entry was posted in events. Bookmark the permalink.