American Academy of Arts and Letters

There are private clubs and members-only institutions all over new York, but I think none could be as austere as the American Academy of Arts and Letters. The Academy is a society of writers, musicians, artists and architects and was founded in 1904 with Mark Twain as one of it’s original 7 members. Since then many famous people – Arthur Miller, John Steinbeck, etc – have been part of the Academy, being nominated and then becoming nominators of their famous peers.

While I am not a frequenter of exclusive clubs with lots of polished timber, leather chairs and mainly male members, I was intrigued to be in the same space that so many literary giants had filled. I actually sat in the same chair that Henry James occupied when he was in residence. This was more a novelty than an inspiration, but I did enjoy seeing the handwritten notes of Mark Twain that Nancy, my host and archivist of the Academy, had collated for me. Reading how proud he felt at writing 4,000 words a day made the man so real. Not that there is any doubt about the humanity of even the most elite artists. Meryl Streep is a current member of the Academy, and apparently whenever it is known she will be attending meetings, there is a rush of requests to be seated next to her….

Gracing the walls of the exhibition space were paintings by a past member and impressionist painter called Childe Hassam. He is most widely know for his paintings of flags ( Obama has one ) but left his entire collection of work to the Academy on the proviso that they gradually sell it to buy the work of young aspiring artists. I was impressed by his egoless egalitarianism, and even though the Academy thrives on a rich endowment, the focus on art rather than money turned into a spirited conversation between Nancy and I about politics. Maybe it was the spirit of artists past that called to us or maybe it was those who have yet to get their name on the back of a club chair…. 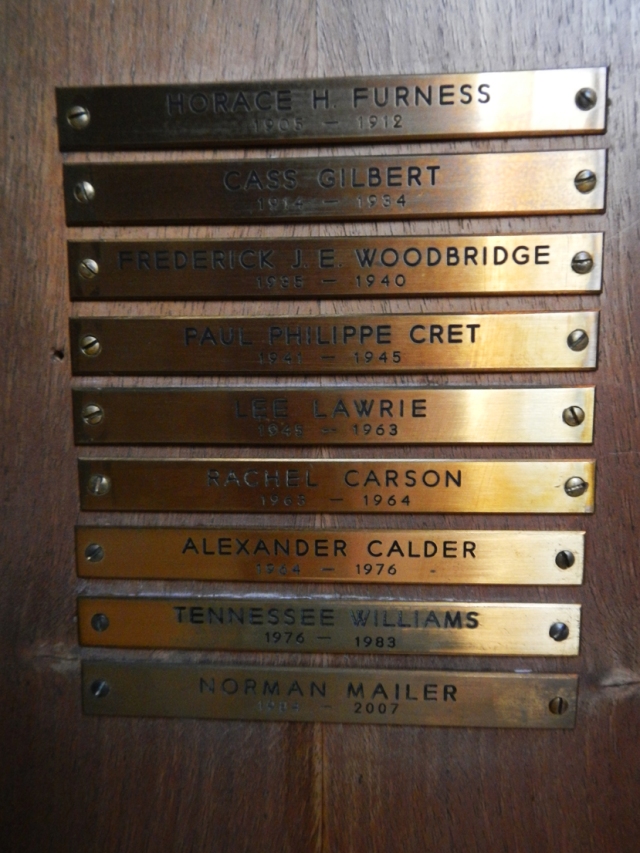 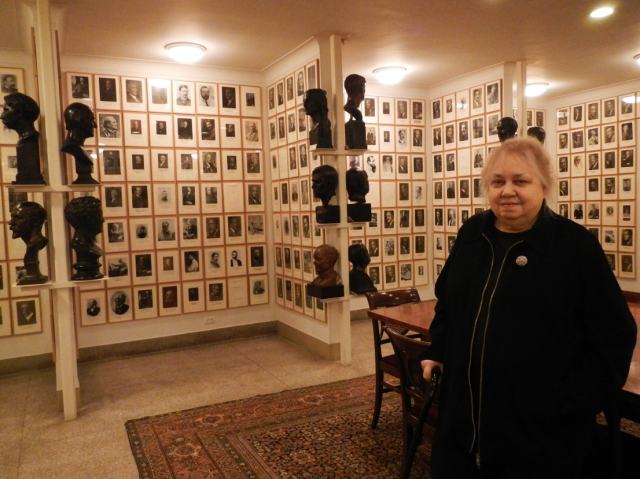 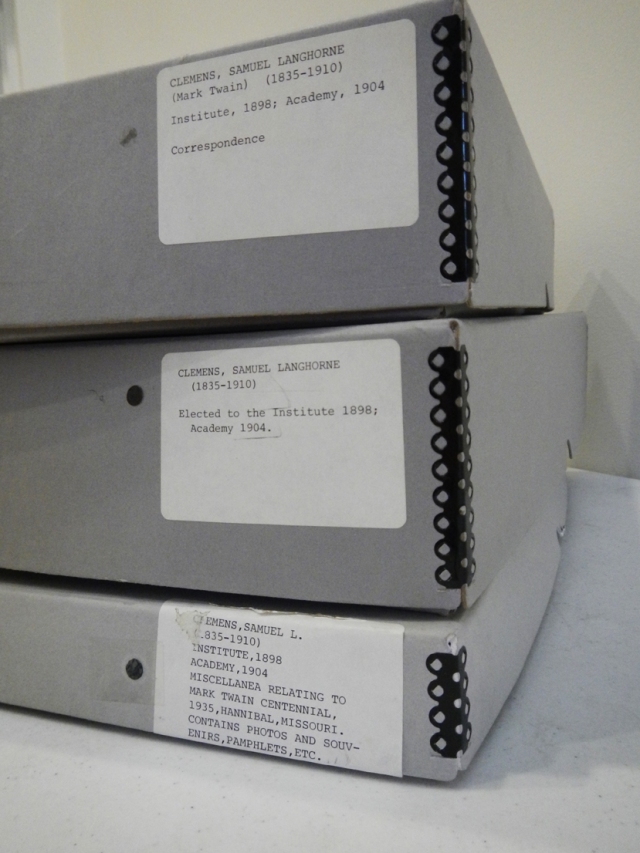 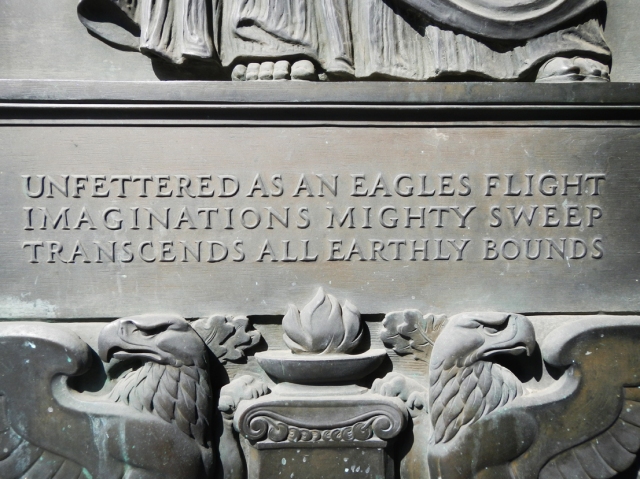 This entry was posted in art & inspiration and tagged American Academy of Arts and Letters. Bookmark the permalink.

2 Responses to American Academy of Arts and Letters