St Patrick’s day in New York is a lot like new year’s eve – only it’s green! While the religious and cultural significance of the day is certainly celebrated with Gaelic masses, Irish Catholic pride and by the ( originally irish ) members of the 69th battalion, it’s phenomenal just how many people take to the streets to party.  But when a Jewish Mayor leads a parade in America in front of tens of thousands of green-clad New Yorkers and declares that everyone is Irish today, there is definitely cause for a drink!

Sean & I were lucky enough to gain access through the parade barricades on 42nd street, where only journalists, the NYPD and secret service people were permitted. This gave us a fantastic opportunity not only to film, but to really feel part of the experience. Imagine being in the middle of an almost deserted Fifth Avenue with a centered green line running all the way uptown, brass bands and bagpipes tuning in behind us, and a few thousand people all wearing green and waving Irish flags… Of course there would be corn beef and cabbage to follow – as has become our tradition at the Lexington Street Armory, but for now there was some marching to do. As always, it was a great day for the Irish! 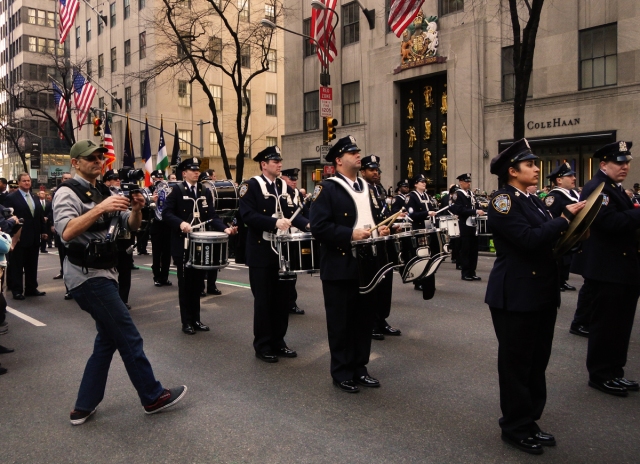 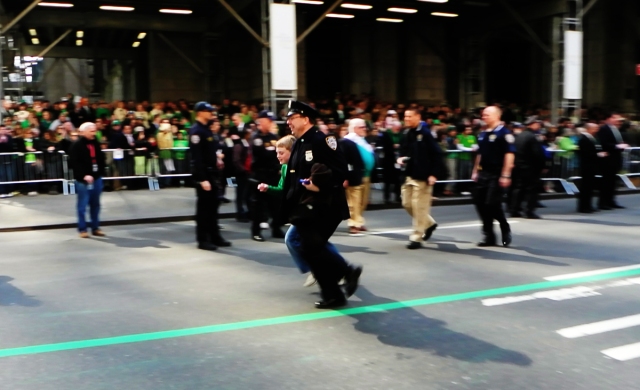 On to the Armory and the home of the fighting 69th ! 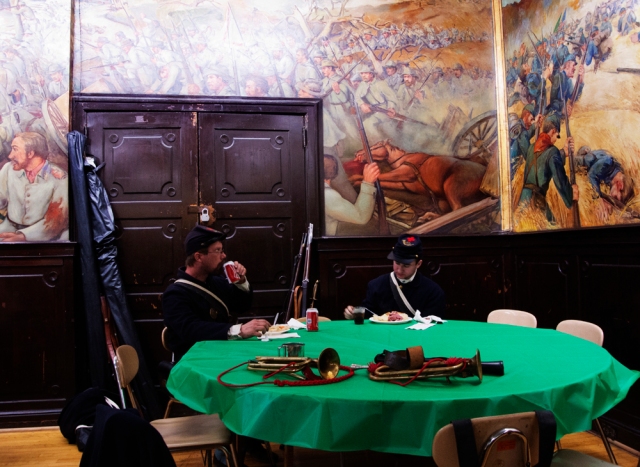 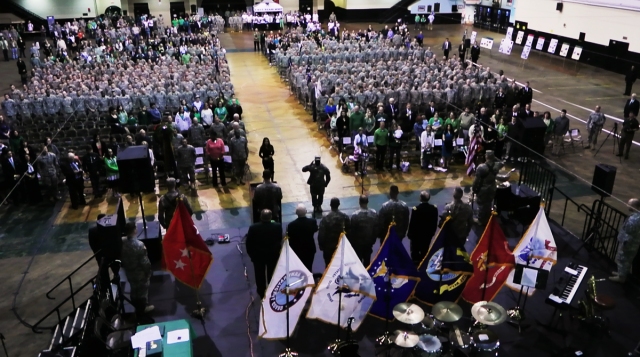 This entry was posted in events and tagged St Patrick's day. Bookmark the permalink.