Posted on February 9, 2013 by TheFitzyreport

I can’t imagine ever becoming blase about snow, or ceasing to get excited at the prospect of it falling. It is absolutely magical. So when the blizzard started to swirl into town last night I was glued to the window, and at the first sound of the snow ploughs early this morning I raced out the door.

At 5.30 am the doorman were busy with their salt shakers, clearing the sidewalk and creating a blue hue in the melting snow. Busy Friday night cabs had cleared paths through the Avenues, but there were still whole streets untouched. Cars wore thick white fluffy coats and fire hydrants were capped with pixie pointers. There was a snow angel in front of the Morgan library and someone had written ‘I love NY’ in iconic font. The lions at the library were stoic as always and in the park behind, where the fountain had been frozen last week, it was now the picnic chairs that were making art. It was beautiful to be out, the snow made everything quiet, but bright, illuminated like a full moon.

The sun was well on the way and icicles were forming in the melting landscape as I made my way home. I found a spot of perfectly smooth meringue-like snow and sank in my wellies to make a wish. It might be another year before I get the chance again…. 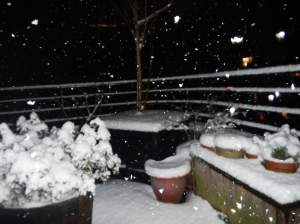 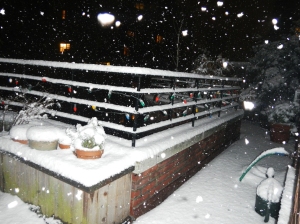 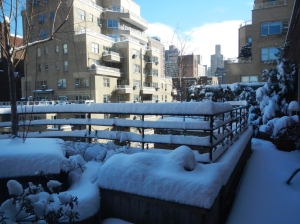 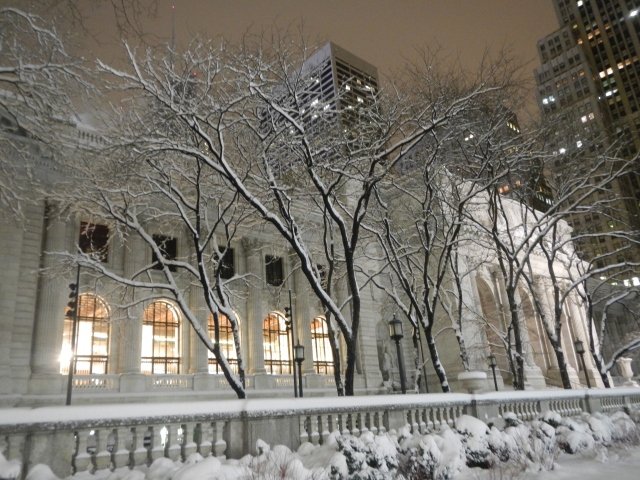 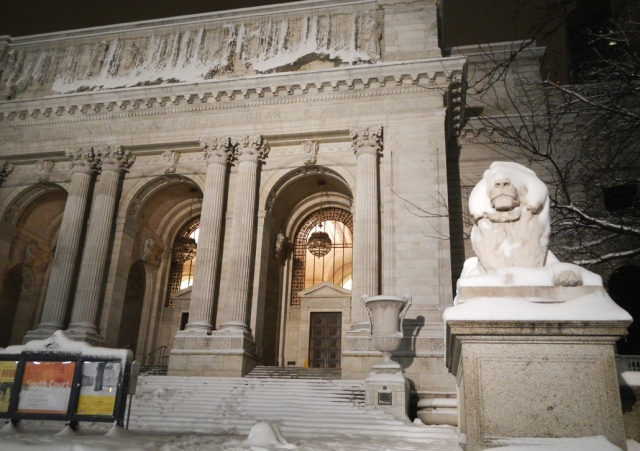 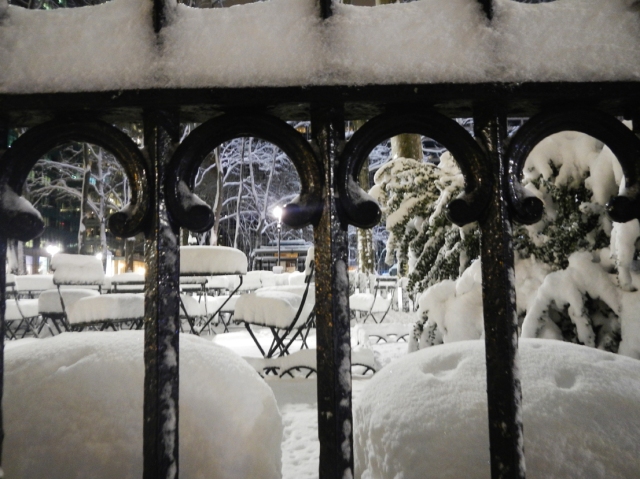 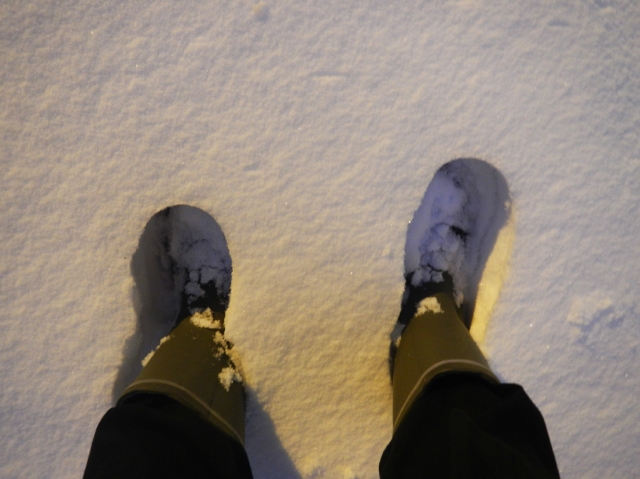 This entry was posted in the view from here. Bookmark the permalink.

8 Responses to Let it snow!