In anticipation of Cinnamon Bun Day on October 4th, exhaustive research is being undertaken to establish the best place in the city to enjoy these spicy sweets. Fortunately the Great Northern Food Hall has just opened at Grand Central – ironically on the southern side – which gives my quest a Nordic advantage. After all, cinnamon buns are to the Scandi’s what lamingtons are to Australians – native. Kanelsnurrer, sticky with cinnamon and a touch of cardamom take first place next to the feather-light crunch of sweet almond filled Frosnapper – a fabulous new discovery, while the Tebirkes pillows a filling of caramel-like remonce ( creamed butter and sugar ), which could quickly become romance – or remorse. Fortunately the pastries are much harder to pronounce than they are to eat, although the chocolate cloud puffs roll off the tongue with amazing ease.

Claus Mayer, the man behind this Nordic nirvana, who believes that good food can change lives, has built restaurants and written books, opened cafeterias in South America, initiated cooking schools in Danish prisons, and revolutionized the way people eat in Denmark – including being the co-founder of a restaurant ( Noma ) with a menu built on local ingredients, and voted the best restaurant in the world four times… He believes that deliciousness is a guiding principle of everything that we do. And when you taste his buns you also become a believer, if you weren’t already.

With my head in a cloud of cinnamon swirls it was easy to drift the short distance to Scandinavia House where a film and the appearance of Stellan Skarsgard for a post-viewing Q&A offered to make the flavours linger. The movie locations in snow-swept Norway were spectacular, and who could not be a little in awe of the Swedish superstar. But it was the title of the film – In order of disappearance – that most aptly rounded off a successful day of bun research….. 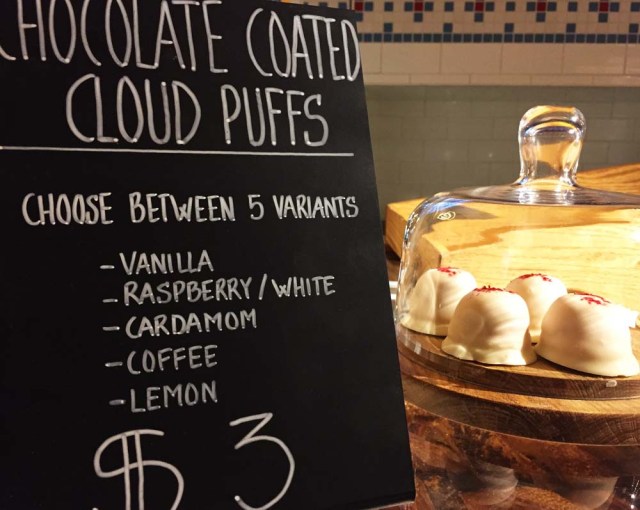