I felt totally out of place wearing my bicycle helmet on a packed fifth avenue on Sunday afternoon. It was the wrong vintage, the wrong event and simply had no style at all! What started years ago as an outpouring of the finely bonneted parishioners from St Patricks Cathedral after Easter mass, has become a huge occasion for parading in your finery along fifth. There were hats made out of carrots, of metro cards and of marshmallow. There was a model hat of the Titanic, a man with a yellow beard and a bird on his head ( this is New York after all ), children with balloon hats, a woman in a dress of feathers, and outrageously colorful drag queens. But the best of all were the real millinery marvels, hats worn with style atop stylish outfits. Older and younger people stepped out together, posing for photographs as though they were part of the Easter ‘collection’. There was a puppeteer telling wild stories with his string scarecrow, and a fabulous brass band that set the mood to swing. It was fun, like an unscripted carnival that spontaneously came together in the middle of the city. Even the easter bunny was there – in various forms – but the garden variety had the biggest egg! 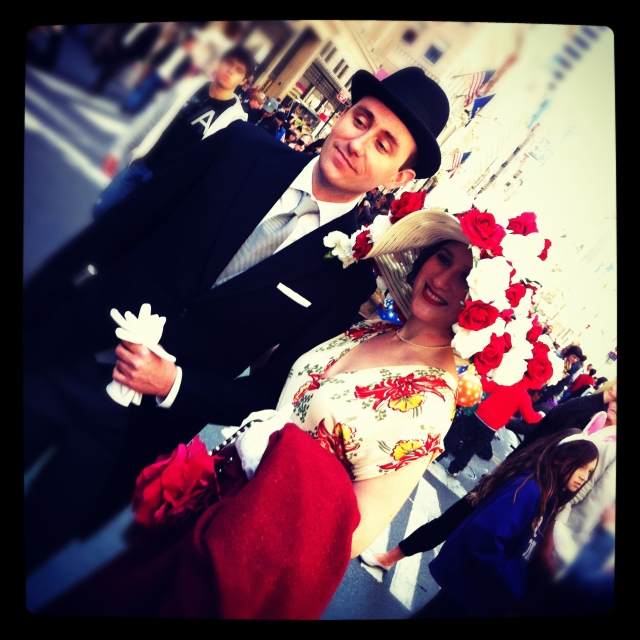 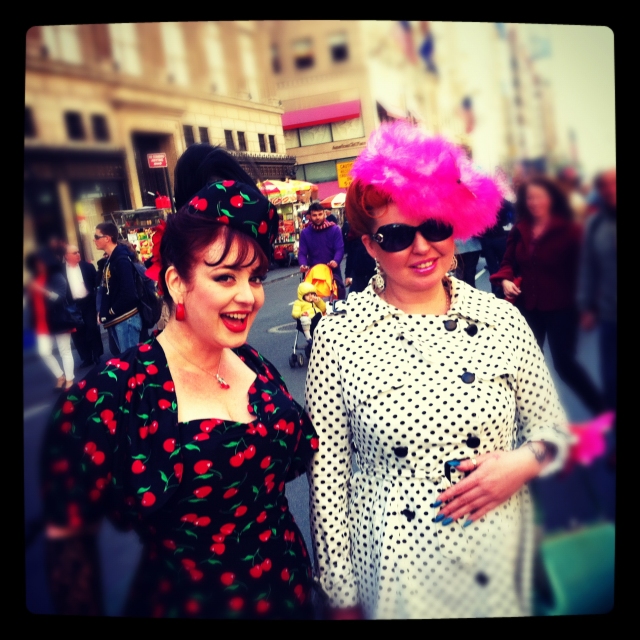 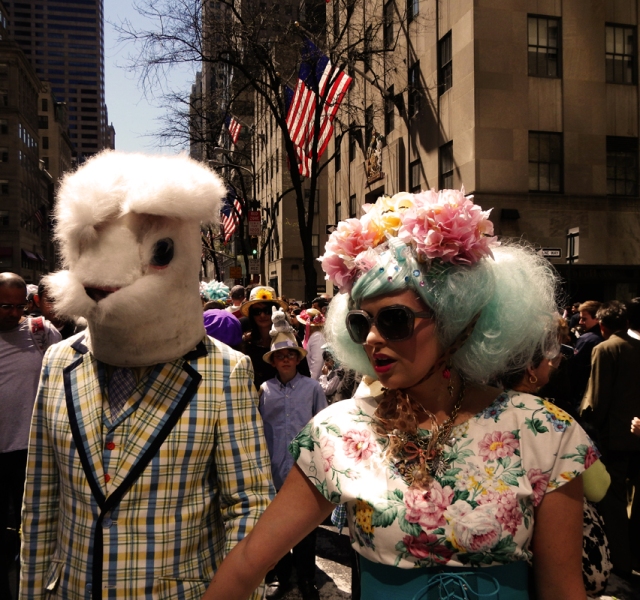 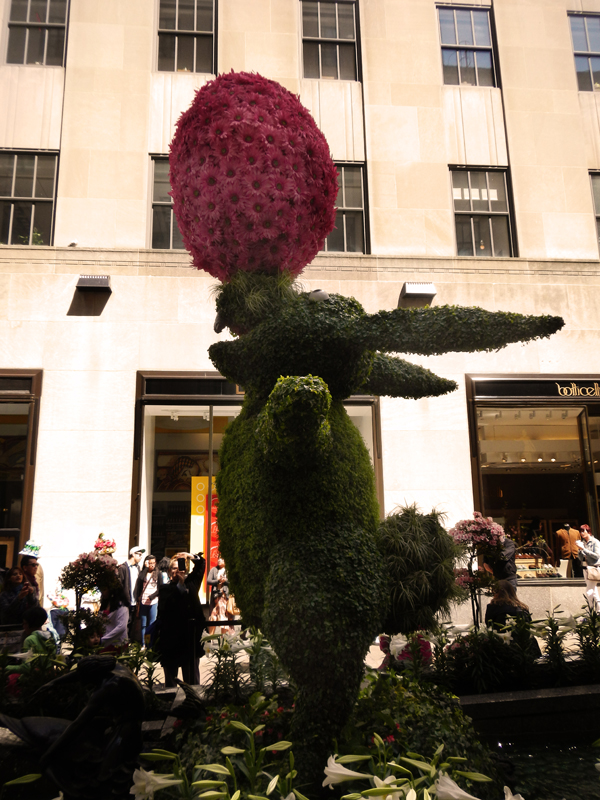 This entry was posted in events, Fun and tagged easter bonnet parade, NYC. Bookmark the permalink.